Ethylene oxide is a raw material that is used industrially for making many consumer products as well as non-consumer chemicals and intermediates. Ethylene oxide is important or critical to the production of detergents, thickeners, solvents, plastics, and various organic chemicals such as ethylene glycol, ethanol amines, simple and complex glycols, polyglycol ethers and other compounds. Ethylene oxide can be produced by reacting oxygen (O2) and ethylene (C2H4) at temperatures of 200 – 300°C and pressures of 10 – 20 bara. The typical yield of this reaction is up to 80 – 90%. 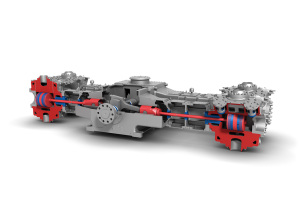